Are you asking the question what does the number 10 (ten) mean in the Bible?

The number 10 in the bible means divine order being reestablished in one way or another, usually through the judgement of the law as pictured in the 10 commandments. It does NOT mean that you are being judged by whether or not you are following the 10 commandments, but rather it is a picture or representation of man’s heart and the fact that we need Jesus. The Holy Spirit reveals to us our hearts, the evidence of who we are and leads us to repentance. The sentence pronounced is the outworking of the judgement against us.

The number 10 represents the receiving of this judgement, either good or bad, based on what happens during the inspection. If not for Jesus we know that the wages of sin is death, but because of Jesus the judgement passes to Him and we are saved. Now we can receive His portion which is eternal life.

On a smaller scale when it comes to everyday life this number reflects the same thing. It is a warning or representation of something being evaluated, judged and then a sentence is issued.

Meaning of the Number 10

The Origins of the Number Ten and its Pictograph.

As with all the numbers in our study the number 10 also has a letter in the Hebrew alphabet. The letter is also a picture or symbol.

Here is the letter.

10 in Hebrew is Yod which is a closed hand. This picture or symbol represents the number 10 and signifies divine order or the works of the law. Simply put the number 10 in the bible means divine order, law or complete judgment. This means that order has been reestablished one way or another. The duality of the number comes from the judgement itself. It could mean a reward as per the judgment or it could also be divine judgment delivering a reset or a calibration.

This symbol or letter symbolizes a closed hand, and because 10 is also the number of the law, which is divine order, it signifies the works of the law. This is the tenth Hebrew letter pronounced Yod and is the numeric value ten. The pictograph means hand, work, worship, deeds, fist, power, congregation. It shows the possessive singular and the past singular.

The Number 10 in Biblical Things

Thus says the LORD of hosts, “In those days ten men from all the nations will grasp the garment of a Jew, saying, ‘Let us go with you, for we have heard that God is with you.’”

The Number 10 in Biblical Stories

Joseph is seen as a type of Jesus or a forerunner for Christ. During the 7 years of famine in Genesis, ten of Josephs’s brothers went down to Egypt to buy grain. Joseph sent them back with ten donkeys packed with goods, and ten female donkeys packed with grain. This was partly because of the nature of the number 10s meaning which is order. Each brother got a portion. Just like when we go to Christ each of us gets the same portion of salvation.

On the tenth of the month of Aviv (Nisan), lambs were set-apart for each household and inspected for the Passover sacrifice. (Ex. 12) This was mirrored by Yeshua’s triumphal entry into Jerusalem on the tenth of Aviv as the sacrificial Lamb of G-d. He was also “inspected” in the four days before Passover as the Lamb of God. (Mt. 21:1-11, Mark 11:1-11, Luke 19:28-44, John 12).

The tenth miracle of Jesus is when he healed a man with a paralytic hand. Again the symbol of the hand and the working of the hand with the number 10 (Mt 12:9-14). Of special note with this miracle is that he did it on the sabbath day. This was technically against the law, but this is the beginning of Jesus changing the law, fulfilling the law and becoming the completed version of the law…for us. This is the number 10, the completion of the law, the judgement and the outworking of what that means. It’s Jesus. It’s complete.

The tenth time Noah’s name is mentioned is in Gen. 6:13, where God said,

13 Then God said to Noah, “The end of all flesh has come before Me; for the earth is filled with violence because of them; and behold, I am about to destroy them with the earth.”

This speaks of judgment by the divine law in Noah’s day, because the people had rejected Noah’s message—that is, the message of the Comforter (Menachem).

The tenth time that Isaac is mentioned in the bible is in Gen 22:3, this is where his father is taking him to Mount Moriah. This is a type and picture of Jesus going to the cross. A symbol again of the completion of the law, the judgement being laid and the salvation of the world is given.

The Meaning of the Number 10 for You

If you are seeing the number 10 in your dreams, or regularly in your life, it is likely that the Holy Spirit is trying to get your attention.

10 is the number of divine order, and like we said above on a small scale in your life it is likely that God is showing you the result of an evaluation. Or the impending result.

The number 10 could very well be a warning, especially if the context around seeing the number 10 is actions you are taking or things that are happening in your life. If you are heading in a direction that will end badly for you, God could be warning you that He has evaluated your decisions and the outcome is not a good one.

Or it doesn’t align with your destiny.

Or the outcome is inappropriate for you at this time.

To make it really hit home, what decision are you making right, now or have you decided something but not acted on it yet? Perhaps God is warning you to reevaluate that decision and He wants you to go in a different direction.

Basically the opposite side of the same coin. There is either a decision that you have made or a series of decisions that are going to lead to a reward of some kind, or permission to proceed in the direction you are heading. The evaluation has been completed and you are making the right decision, trust in the Holy Spirit and proceed.

How Do I tell Which one it is?

As with all of the numbers, there is a decision matrix that you need to employ in order to tell which direction you need to go.

It could also be a Sign Something is Complete

Even though we have talked a lot about evaluation and god trying to get your attention about a decision you have made or will make, it could also be a simple sign of completion.

The number ten is wrapped in completion, the idea of divine order and a complete cycle. If you are seeing the number ten it could be that God is telling you that something in your life is complete. It is time to move on or start that new thing. Leave the old behind you and push toward the new.

The number ten in the bible means divine order, completion, judgement and a closed hand. The symbolism of the number, if you are seeing it can go in a couple of different directions. Are you being told something critical about a decision that you are making currently, or something that you have decided that you can still fix.

It could also be a stamp of approval on a decision that you are in the midst of making. Holy Spirit telling you to go for it.

Lastly, the number ten could be a simple cycle symbol. The season is over, the journey is complete, you have finished the race. Potentially you need to close the book on one thing and look towards the next. If you linger any longer you will either be in disobedience or step out of your calling.

Which one of these things it depends greatly on the context of the number, the things around it when you see it, and potentially some additional prophetic insight from a friend or trusted mentor. Remember that we are not designed to do life alone, yes our dependence on God and not others is critical, but that dependence also means that He will put others in your life to be a part of your life.

People matter and some other person may have the exact thing that you need to understand what you are to do next. Don’t be afraid to open up to someone and see what God can do in your midst. 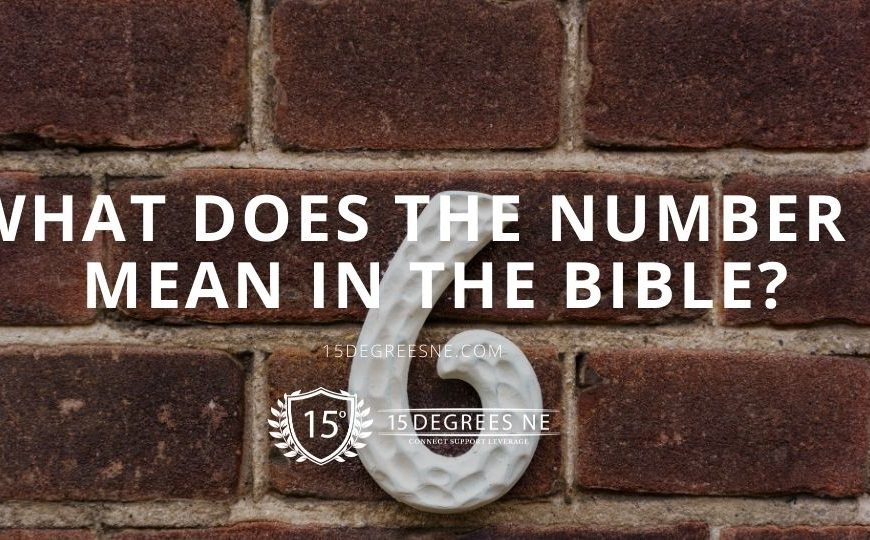 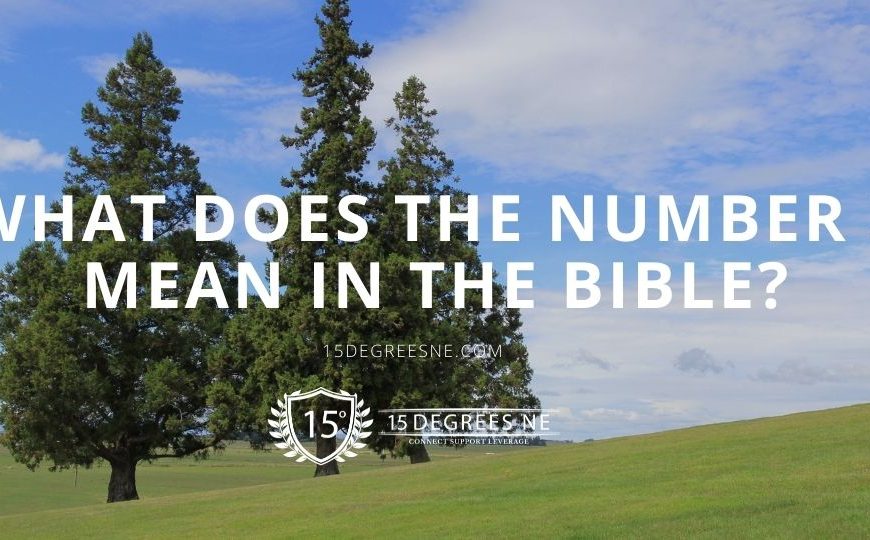 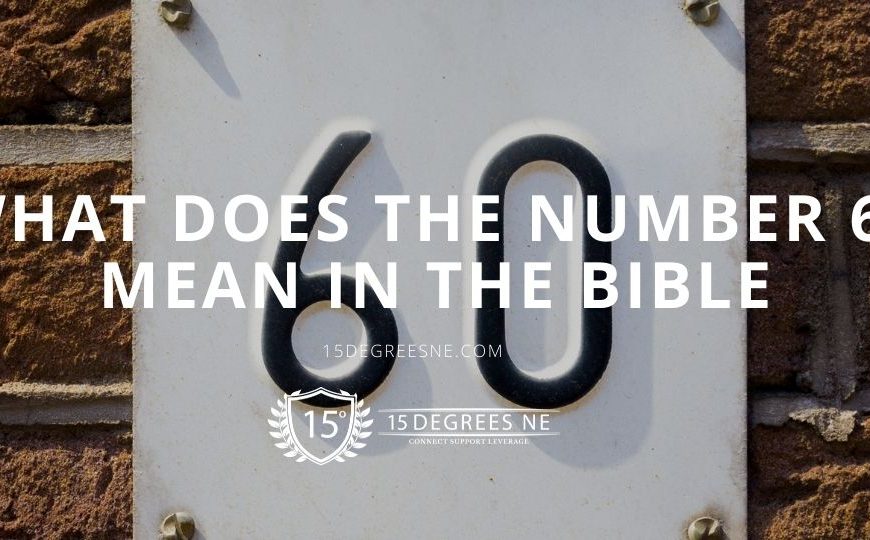 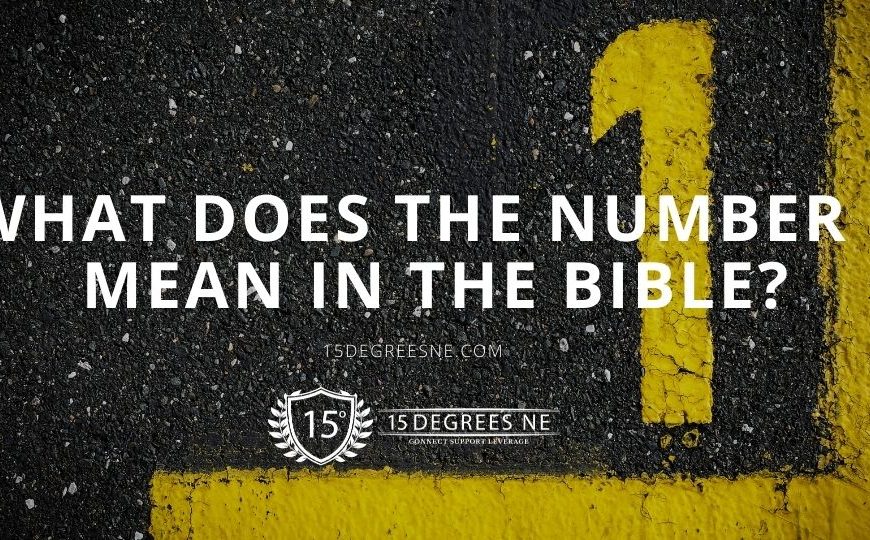 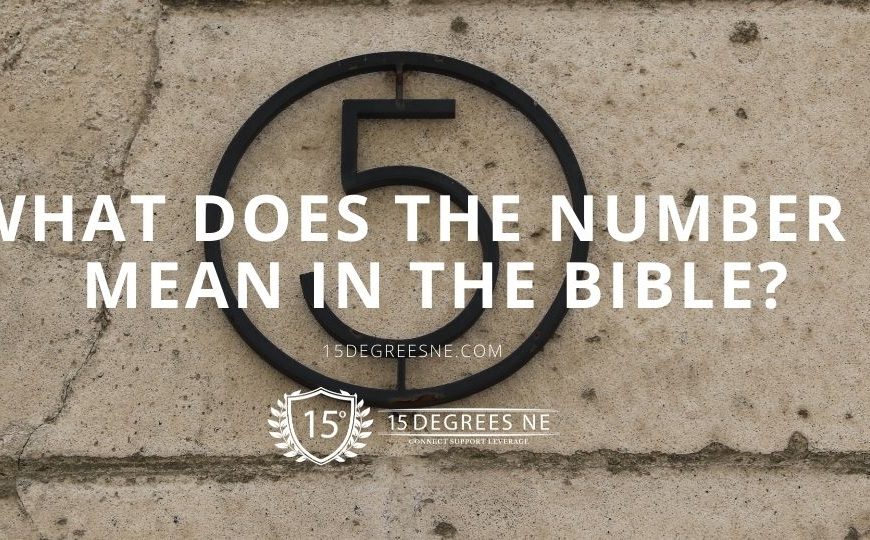 What Does the Number 15 Mean in the Bible

What Does the Number 9 Mean in the Bible